This is the first of Jack Messenger’s books that I have read, but I definitely hope to read more of his writing. I enjoyed Four American Tales very much. 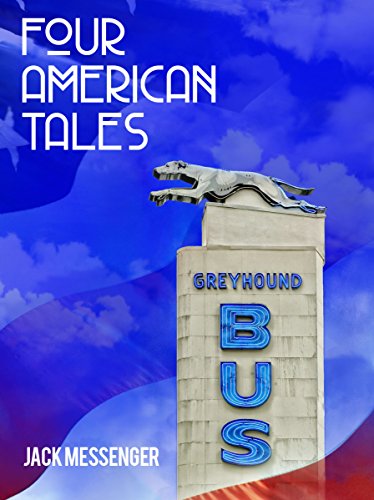 On starting this collection with the first story, Wichega, I was immediately drawn in by the wistful, melancholic voice of Sweet Pea, telling her story so powerfully. This story is so evocative of memories, of sights and smells and sensations, that I almost felt that I was right there in the scene. This story is such an engaging way to open the quartet of stories.

Messenger’s writing is equally powerful and emotive in the other stories. The characters are developed richly, each having their own distinct voice and mannerisms that portray far more than what is told of them in the stories themselves.

These stories, and the characters in them, are varied enough to keep the reader engaged and curious throughout the book. There is neither cliche nor repetition in the plots, characters and imagery delivered by Messenger.

These stories are, without doubt, American in both style and setting, at different times reminding me of the imagery and eloquence of John Steinbeck.

This is the first of his books that I have read, but I definitely hope to read more of his writing. I enjoyed Four American Tales very much.