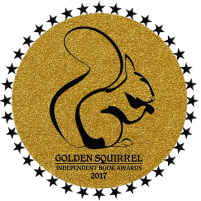 Book Squirrel announced the inaugural Golden Squirrel Awards on December 15th, 2017.
This is not a voting or popularity contest.
These are the books or series that Book Squirrel has deemed the best in their genre from those which he has read or featured in 2017.