When an amateur theatre company reunite for their 20th annual performance of Shakespeare’s’A Midsummer Night’s Dream’, one might expect they’d have their act together.

Like the play being performed, the story is an enjoyable romp through a glade in a forest, complicated by love, jealousy, and fey interference in the lives of humans.

This book is well-written and quite entertaining. The characters are varied and interesting, made complex by their desires and motivations, and intricately connected to both the play and one another’s lives.

Just how the plot will resolve keeps the reader guessing right to the end.

This book is recommended for readers aged 18 and over, as ‘Midsummer’s Bottom’ does contain some adult  content, although not graphic or gratuitous.

This is the story of Mercy Dove.

This is a story of secrets.They hide in the wainscoting where the paint flakes, they slip behind the silk wallpaper. They whisper to the Mistress under cover of nightfall. She knows little else; they are her comfort and her curse.

This is a story of corruption. Of the mind, and the flesh. It sits thick in the air, gathering in corners, loitering at keyholes. Adhering to all who visit, it leaves with them, trailing from their coattails.

This is a story of scandal. Infamy, seduction, and lust. It hovers like a murder of crows, circling the grounds waiting for the invited; the unwitting.

Take a seat; the curtain is about to rise…Let us begin at the end.

Readers should note that there is mature content in this book, so it is recommended for adult audiences only.

Where to find your copy: UK Buyers | US Buyers | AU Buyers

In this excellent sequel to ‘Highland Raven’, Karsak continues the magical, mystical story of Gruoch as she continues to learn of her destiny amid the complexity of both worlds to which she belongs.

As with the first book in this series, Gruoch’s story is so beautifully written  and expertly crafted that the reader becomes deeply invested in the events and characters of the story, sharing Gruoch’s fears, pain, and hopes as her life takes compelling twists and unpredictable turns. She is a complex and powerful woman, strong and admirable, and steadfast in the face of conflict and danger. Yet, she is never portrayed as perfect, never unrealistically good, and never so contrived as to not be believable.

There are some lovely references to Shakespeare’s ’Macbeth’, woven seamlessly into the narrative. This establishes close ties between that story and this one, even though the events of this series thus far happen before those in the famous play.

The story delivers a fascinating blend of history, mystery, fantasy, romance, and adventure in an deeply engaging read that, once started, demands to be consumed.

Part romance, part paranormal mystery and part crime story, ‘Where Souls Entwine’ is a story about interconnections between past, present and destiny that go beyond the physical realities that most people perceive.

While it is a sequel to Rosek’s previous novel, the book does stand alone very effectively to deliver an interesting and thought-provoking read.

Other than the antagonist, who is a most reprehensible person, the characters are quite likeable and serve to deliver significant lessons about trust, commitment and belief as the story unfolds.

There are some scenes depicting graphic violence and domestic abuse, so this is not a suitable story for younger readers, nor for anyone sensitive to such matters. It is, however, generally a positive story.

Small towns often seem quiet, as though nothing interesting would ever happen there.

Larkin’s Landing is not that kind of small town. Full of old secrets and strong prejudice, it’s a community that is bursting at the seams with lies, deceit and mystery.

This excellent blend of contemporary mystery and family drama keeps the reader guessing right to the end. The central characters are likeable, regular people who find themselves in the middle of a web of intrigue that they must undo before it undoes them. The story is well developed and suspenseful, taking the reader on a rollercoaster ride of anticipation and discovery as the mysteries of Larkin’s Landing unfold.

There are elements of the story that some readers will find very confronting. It is a story that exposes the horrors of domestic violence and emotional abuse, and demonstrates very clearly that nobody should ever tolerate or excuse such reprehensible behaviour. There is also some adult content, so this book is not recommended for younger readers.

It is, though, a story of the importance of resilience, the healing power of acceptance, and the life-changing difference that true friendship makes. Overall, the story delivers a positive message and a satisfying sense of justice having been done.

‘The Pursuit of Trust’ is Book 2 in the author’s Discovering Kia paranormal/urban fantasy series.

Following on directly from where ‘In Pursuit Of Light’ left off, this book continues to explore questions about not only Kia, but also the individual pasts and stories of the men who have become her protectors, Once again, these men share the role of narrator, but it is also significant that Kia has more agency in this book and communicates her thoughts and feelings through more than gesture and action.

Kia is still a mysterious character, although the reader definitely feels as though they grow to know her better throughout the second book. Answers to the questions about her nature and abilities remain elusive, however, which is also true of her companions.

It is interesting that this book is titled ’The Pursuit of Trust’ because the lack of trust, and the inability of the central characters to have absolute confidence in one another, are central drivers of the storyline. In fact, the only character who has any implicit trust in anyone is Kia herself, thanks to her innate ability to know the truth and integrity of one’s character.  The different characters’ insights through their narration of parts of the story is a key means of exploring notions of trust and distrust, and the associated experiences of loyalty, jealousy and resentment that either nourish or poison the feelings of each character toward the others.

This is an intriguing story that moves at a good pace, with a satisfying balance between action, suspense and development.

While the book finishes with the very strong sense that there is more of the story to come, it also provides a brief glimpse into one of the characters’ former lives, of which he has no memory, and which raises as many questions as it provides insights. This adds further mystery and complexity to the story, and increases the reader’s desire to read on and discover the truths that underpin the nature and personality of each of the central characters.

‘The Feels’ is a gripping psychological thriller that explores ideas of guilt, secrecy, and vengeance through the experiences of Ariel, the protagonist of the story, and her interactions with those close to her as the story progresses.

Ariel is a complex and deeply flawed character, yet one for whom the reader develops a strong sense of empathy because the story is told from her perspective, Her thoughts and feelings are communicated powerfully, creating vivid images in the reader’s mind and evoking strong emotional responses.

The story also provides a fascinating study of a mind corrupted by both mental illness and indulgence in evil, through the thoughts and actions of the antagonist. This adds a dimension of psychological horror that leaves the reader aghast at the extent of the destruction caused by a depraved mind.

The story remains unpredictable and suspenseful throughout, keeping the reader guessing right to the end with plenty of complications and heart-in-the throat moments.

‘The Feels’ has been awarded a Gold Acorn.

A delightful fantasy story that blends the historical, magical and contemporary worlds. 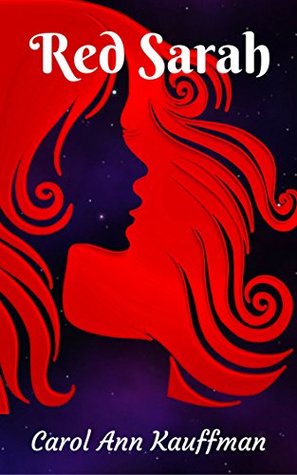 This is a delightful fantasy story that blends the historical, magical and contemporary worlds with an interesting sci-fi twist.

While the mystery around Sarah and the Reds is answered as the story develops, questions about the fate of Lucas and the kingdoms of Mist and Marlowe remain until the very end. The story does have a surprisingly satisfying ending, although most likely not the one most readers expect or prefer.

As with many stories this length, none of the characters are particularly thoroughly developed, but the reader does come to feel that they know Sarah and Lucas fairly well, and that they are invested enough to want particular outcomes for them.

‘Red Sarah’ is an interesting and enjoyable short read that can be read comfortably in the space of a little over an hour, or managed easily enough during breaks in a busy day.

This book has been awarded a Silver Acorn.

Get your copy here.

A collection that displays the range and power of Nugent’s dark imagination. 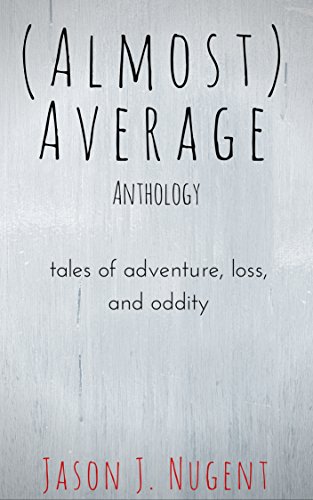 This interesting and varied collection opens w ith an astounding personification of death that challenges the reader to confront their fear and think more philosophically about death as an entity rather than an event.
Once he has the reader’s attention, Nugent carries them from scene to scene, ranging from bleak to grim, to macabre. Each story delivers a thought-provoking punch or a clever twist that takes the reader by surprise.
I chose to enjoy these short stories individually rather than one after another in close succession, and found each one to be very well executed. As a collection, they display the range and power of Nugent’s dark imagination and his ability to deliver each story with a profound effect.

This book has been awarded a Silver Acorn.
Get your copy here.

An absolutely ripping read for NA and grownups. 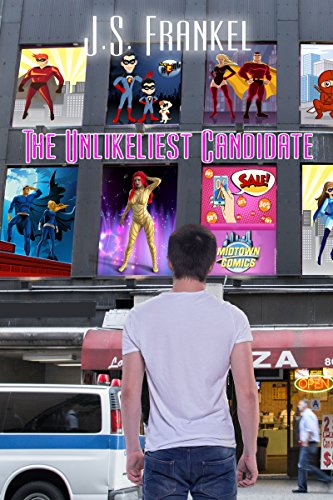 Harry Cannell’s life is going to hell in a handcart – fast. He’s a regular guy with regular problems that start piling up until one extraordinary event changes everything for him.

It’s great to find a brilliant story that revolves around a character who is actually so ordinary and who struggles to make sense of exactly how he arrived at the point in life where he finds himself as the book opens. This makes him relatable to the reader, and positions them to feel sympathy for the misery he experiences.

This story is a unique blend of mystery, sci-fi, comedy, romance and adventure all in one. It’s a great escape into the realm of ‘What if?’ that tempts the reader to wonder and hope that there might actually be something more, some unrealised possibilities that we simply overlook as we pursue life as we know it.

There is some physical intimacy in this book, so it’s suitable for New Adult audiences and up, rather than YA.

‘The Unlikeliest Candidate’ is an absolutely ripping read from start to finish.

Book Squirrel has awarded it a Gold Acorn for brilliant storytelling and great writing.

Find your copy at Amazon.