What happens to a world where things are valued more than people? In the midst of songs and stories about jolly old Santa comes a tale of foreboding and darkness that speaks to a materialistic and selfish world.

The story immerses the reader in an environment where “naughty” far outweighs “nice”, and where the consequences affect all of humanity. Yet still, even in the depravity and darkness, a small flicker of hope survives— perhaps just for one more night.

‘Merry Apocalypse’ is a well-crafted short story with a powerful message. We may not be experiencing the apocalypse, but its warning is relevant and timely.

‘Merry Apocalypse’ has been awarded a Silver Acorn.

Plenty of action and intrigue! 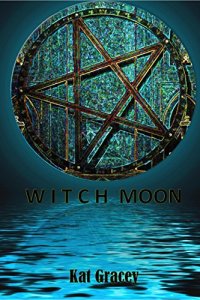 This is no ordinary paranormal romance with a little mystery thrown in. It’s a story as conflicted as you can get, complicated by secrets, personal agendas, and age-old enmity. There is plenty of action and intrigue to keep the reader in suspense right until the end of the book.

Anna and Charlie are both likeable characters, and having the story told from their alternate points of view enables the reader to develop familiarity with the thoughts and feelings of both. Between them, they have flaws and complications enough, but their backgrounds certainly create nigh-impossible odds for the relationship between them. Even so, throughout the book, one finds oneself hoping that it works out for them, despite having little optimism that it can. The resolution of the story is powerful not only in the way the drama plays out, but also in the realisations that make Anna understand her situation.

The book is really well written, delivering the story with a narration that is energetic and well-paced, keeping the reader guessing and turning those pages to see what happens next.

For all those reasons, this book has been awarded a Gold Acorn.

The Recruit is an interesting and refreshing change from witches and vampires.

‘The Recruit’ introduces the reader to Cassie, a teen who thinks her biggest problems are not getting along with her mother and not wanting a boyfriend when everyone else seems to. When Cassie is confronted by bigger problems that she hasn’t even realised existed in her life, she is launched on a journey of discovery that the reader follows with avid interest.

This story is really well written. The characters and dialogue are believable, and the story is packed with action, complications and heart-in-your-throat moments that make it hard to put down. Teen and YA readers will relate quite easily to Cassie, Kristen and Landon, and there’s certainly enough complexity and depth in the story to keep older readers engaged, too.

‘The Recruit’ tells a great story, but it also raises some really interesting and thought-provoking questions about the nature of evil, and the balance of good and evil in the world we live in. Readers are challenged to think beyond what they can see and reminded that appearances can be very deceiving.

As a reader who enjoys a variety of paranormal stories, I found this book to be an interesting and refreshing change from witches and vampires.

‘The Recruit’ has been awarded a Gold Acorn for excellence.
Find your copy here. 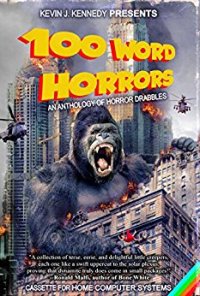 A drabble is a piece of writing that is about 100 words in length.
What people often do not realise is that writing something short and making it as effective as something longer is actually really hard to do. The same opportunities to develop plot, characters and ideas in a novel or longer story do not exist in flash, micro fiction, or drabbles.
This book is a collection of drabbles by different authors, all in the genre of horror. The majority of these pieces of short fiction are brilliant; some are less effective, but that is largely a matter of personal preference. The chills, crawling of skin and unexpected twists are delivered with all the skill and craft that these writers use in their other, longer works, but their talent is highlighted in the fact that they can achieve this in so few words.
This book is great for anyone who loves horror, especially for a quick snatched moment of escape during a break or quiet moment. It’s also ideal for anyone new to the genre who wants to “dip their toes in the water” for the first time without committing to a longer read.

‘100 Word Horrors’ has been awarded a Gold Acorn.
Get your copy at Amazon.

Six stories for readers who enjoy their fiction dark and original.

This book is a collection of six dark stories that are just the right length to read during a coffee break.

Each of these stories paints a unique scene in which the central character experiences the darker side of life. Some macabre and some more horrific, each story surprises and intrigues the reader with a twist or a barb in the tale.The stories are well written and should please those readers who enjoy their fiction dark and original.

Enjoyable and varied, this book has been awarded a Silver Acorn.

Readers can buy a copy at Amazon. 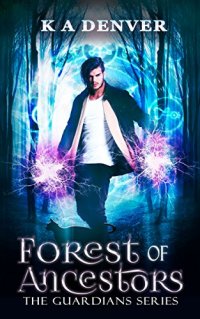 This is a great story which holds a good level of mystery and intrigue that develops at a good pace as the plot progresses. The differences between light and dark magic, and the ways in which each character uses their magic, add interest and complexity to the story. The central characters are varied and quite well crafted although, as a reader, I didn’t really feel as connected to most of them as I would have liked to.
I really like the concept of the forest of ancestors as a place of memory as well as of magic, and the ways in which that setting is portrayed and developed in the story. The images were formed quite vividly in my mind as I read, and it was good to see the characters fully engaging with, and responding to, this special element of their environment in personal ways.
My one criticism – and it is a real annoyance as a reader – is that there were places in which the writing really needed more thorough editing to remove quite obvious errors that remain in the text. A less fastidious reader might not notice all of them, but a couple of them were quite glaring and should never have made it to the final manuscript.
Overall, though, I did enjoy this book. It has some quite original elements and surprising turns that complement the strong storyline.

I’ve awarded ‘Forest of Ancestors’ a Silver Acorn because, despite its flaws, it is a great read.
Get your copy at Amazon.

The Dowling House blends some nicely developed Gothic and macabre elements with some moments of pure horror. It is indeed a most satisfying creepy read.

A tragic story of possession, grief and despair that crosses the boundaries of generations and spiritual realms, The Dowling House leaves the reader resolved to neither simply dismiss the unknown nor to underestimate the power of evil.

The story is quite well crafted, luring the reader into the presence of evil by appealing to that morbid fascination with the mysteries of spirits and ghosts that is so often a part of human nature. George and Melissa are realistic characters, and even though there were times I really wanted him to toughen up and be more useful, his responses to his experiences were probably how many of us would respond in similar circumstances, so I have had to forgive him for that, especially since he does actually do the right things when it matters.

The Dowling House blends some nicely developed Gothic and macabre elements with some moments of pure horror. It is indeed a most satisfying creepy read.

‘Who Put Her In?’ is a gripping mystery/thriller that is very hard to put down.

‘Who Put Her In?’ is a gripping mystery/thriller that is very hard to put down. Set in an old English pub, populated by relatable and engaging characters, this is a book that draws the reader in and has them stay right to the end.
The story revolves around Joss and Ben, who take on running a pub for two weeks while the owners take a vacation, and find themselves confronting the various problems that have been haunting the establishment for some time.

Jane Jago delivers the story from the matter-of-fact, no nonsense perspective of Joss, whose personality makes it possible for the reader to take in the depths and shocks of the story without personally taking them on board. One does not get far into the story before feeling as though they know Joss and Ben quite well, and the story unfolds quite seamlessly around the reader who is included as an observer.

I enjoyed this book so much that I was happy to forgive the occasional typographical error as I was reading. In fact, I felt a little sad to be leaving the Fair Maid and Falcon at the end of it all.

This excellent book has been awarded a Gold Acorn. 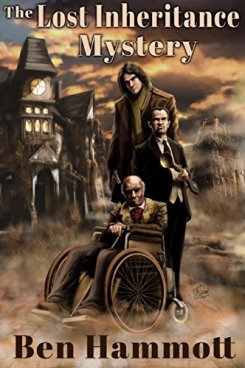 This is an enjoyable gothic Victorian-style mystery story, fashioned in a manner that aims to emulate the style of Dickens’ portrayal of the people and society of the time. The writing and character development are infused with humour, and the story itself is interesting, although the pace of the story is at times a little slower than I would have preferred. The characters are likeable, even if their names are somewhat contrived, albeit in a humorous way. As the story draws to an end, Hammott delivers a series of clever twists that add to both the irony and the Dickensian humour of the book.

The final chapter, though, brought with it a complete change of pace, which I suspect the book may have been better off without – there is nothing wrong with this chapter in itself, but i think it may have served better as the first chapter of the next mystery misadventure for these characters.

I did enjoy this book, although not as much as I have enjoyed others of Ben Hammott’s works, so I’m awarding it a Bronze Acorn.

A gritty read for lovers of dark fiction.

This is a dark, gritty and fatalistic story of ancient beliefs, rituals and powers that grapple for control of the future of the world as we know it. Doyle builds the story masterfully, complete with twists that take the reader’s breath away and a sense of urgency that grows as the action escalates.

The contrasts between the different characters and their personal ethics are really interesting, and serve as a reminder that human nature is flawed and can, when devoted solely to an ideology or even to oneself, be truly evil without any additional help from the spiritual realm.

It does contain adult content and violence, so is suitable for an adult audience. If you like your fiction dark and your endings darker, this book is for you.

Book Squirrel has awarded this book a shiny Gold Acorn.